I have joined Clay.io as CTO/Co-Founder, after we raised a ~$500k seed round, and just 6 months after dropping out of high school and moving to San Francisco to join Nomic.

I have to thank Nomic, and the people behind it, for the opportunity they gave me to work with them for the past 6 months. They took a big risk taking me on, and am very grateful for the chance they gave me to prove myself and work with such a great team. It's difficult to quantify the amount of respect I hold for each and every one of my team members at Nomic, but I can definitely say that I enjoyed every minute of the experience.

I have grown so much, and learned such a tremendous amount during my time at Nomic, and am sorry to have to leave such a supportive and skillful team.

Clay.io is a marketplace for mobile and desktop web games. We provide users with great games that they can play right their browsers (no install required!), and also developers with the APIs and tools to help them succeed in building the next class of social and casual games. Our games aim to truly be cross-platform, in that you should be able to play any game, on any device, as long as you have a web browser.

I am joining Austin, the original founder of Clay.io, who has passionately been working on his vision for what Clay.io can become, a vision which I share and hope to help us achieve.

How I got here 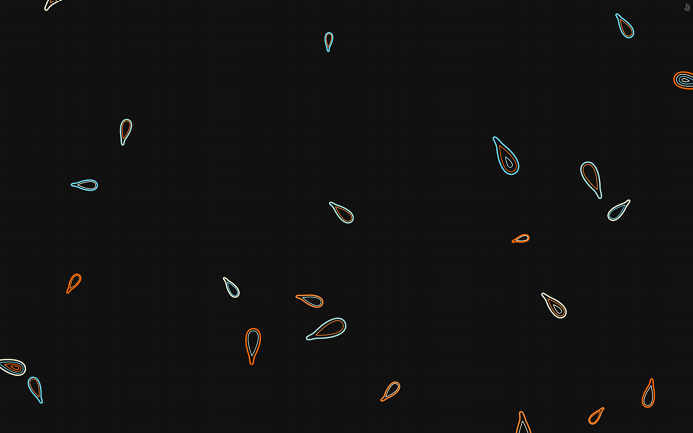 The story of how I found Austin begins just four days before moving to San Francisco. I had recently submitted The Pond to Clay.io, and written a guest post about it on Mozilla Hacks. Austin noticed my game, and the fact that I lived in Austin, TX, and invited me to lunch. We spoke at length about the mobile web game industry (whose biggest obstacle is performance in my opinion), and also about web games in general.

Our conversation was great, but although Austin seemed to be looking for a developer, I was moving out to San Francisco and was quite excited to start my new career at Nomic.

A few months later Austin reached out to me again, saying he was looking for a co-founder to help take Clay.io to the next level. He knew I needed a salary, and also that I was happy at my job with Nomic. We didn't come to an agreement then, but he offered to fly out to San Francisco in a month so we could speak in person. After that meeting, I agreed to join Clay.io, contingent on the fact that we raised a seed round, and that I could stay with Nomic for a few weeks to help them transition.

The last few weeks have been quite stressful, as our biggest priorities have been to find an office space and hire a UI/UX designer. Luckily, most of that is in the past today, and we should be moving much more quickly over the next few weeks.

I look forward to growing Clay.io with Austin, and turning it into a billion dollar company. (Note that raising money was quite a challenge even with 3mil+ users, but I will let Austin speak to the details on his blog)

We are currently looking to expand our team by hiring two engineers full-time to help us grow Clay.io and bring it to the next level.

I am a strong believer in the open source community, and as CTO I will push to make as much of our software at Clay.io as open and publicly available as possible (GitHub). I will be posting regularly to my blog with updates on the development of our company and our internal products. In addition, I will also be posting to clay.io/blog/ with updates and announcements.

Where was I for the past 4 months?

I was staying at The Negev, a hacker house (60+ people, 2 per room) in San Francisco. I made some great connections, and learned a ton. I have since moved to a Live/Work loft to focus on Clay.io full time.